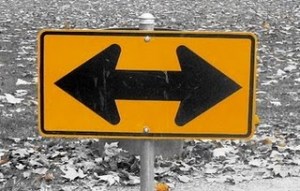 I read an article that included a statement that struck me as wrong, but which, the more I thought about it, bothered me even more.  The article was yet another story about the current clash of political ideas and in the story, one group (the name of the group is unimportant) claimed that they would win because, “God is on our side.”  It would be easy to point out how some of the group’s actions have been hurtful in ways that clearly do not reflect anything like godliness, but the more I thought about it, this is true of every single political and religious group on the planet.

We can never claim that God is on our side.

God is the creator, ruler, and final judge of all that is.  There is nothing we can do to persuade God to join our cause regardless of its goodness.  God does not stand with or against Republicans or Democrats. God does not join forces with churches, or synagogues, or mosques.  God does not play favorites with social movements.

God is so much bigger than humanity, or anything that humanity perceives, that God’s very existence defines good and evil.  When we stand with God we join the forces of good and when our positions oppose God’s will we have, by definition, become agents of evil.

There are only two sides.

As followers of God and followers of Jesus Christ, we are called to abandon the idea that God will take our “side” or join our cause, and realize instead that we must join God’s side.  The positions of the Republican party sometimes align with God’s will and sometimes their positions stand against God’s will.  The same is true of the Democrat party, and the Libertarian party, and the Socialist party. The same is true of the United Methodist Church, and the Presbyterian Church, and the Catholic Church, a well as the Mormons, those of the Jewish faith, Muslims, and even ISIS.  The same is true of those advocating for, and against, LBGT rights, environmentalists, and every other group that encourage us to join their cause by claiming that God is on their side.

Our affiliation with a political party, or a social movement, or even a particular denomination or religion does not define us as godly.  We are only godly, we are only good, when we do the will of God.  Political parties, and social movements, and even churches and religions are only on God’s side when they do the will of God.  If we truly want to be on God’s side, we can stand with those groups when they are godly.

But we must stand against them when they are not.

Long ago, as the people of Israel entered the Promised Land, they had to make a choice.  They had to choose whether they were going to follow God or the gods of Egypt that they had left behind.  Joshua pressed them for an answer saying, “choose this day whom you will serve, whether the gods your ancestors served beyond the Euphrates, or the gods of the Amorites, in whose land you are living.  But as for me and my house, we will serve the Lord.” (Joshua 24:15)

In our modern world far removed from the children of Israel, and in a time when our political, social, and religious worlds are so polarized, perhaps it would be worthwhile to consider what Joshua might ask us today.  Would his words to us sound like this?

There are only two sides.

Whose side are you on?

Posted by John Partridge at 8:24 AM