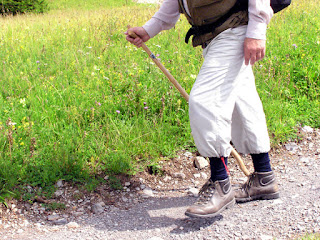 Our mission team is again preparing to leave for Big Creek, Kentucky and Patti and I have announced our plans to travel to Liberia in January with the Farmer to Farmer mission team from our East Ohio Conference.  But both of these things raise questions with some people.  I haven’t heard it said out loud here at Trinity, but in other churches I have heard the questions, “Why should we leave home?”  “Why should we help people outside of our community?” And, “Why would we ever go to another country to help people there?”

In Mark 16:15, after his resurrection, Jesus said, “Go into all the world and preach the gospel to all creation.”  Jesus didn’t say that his followers ought to preach to the people they knew, but to preach to everyone in all of God’s creation.  Likewise, when Jesus told his followers to feed the hungry and clothe the naked, he never specified any one location, but intended for them to understand that they were to care for the poor, wherever they could find them.

In fact, the very last thing that Jesus said to his disciples, only seconds before he ascended  into heaven were these words recorded in Acts 1:8:  “ But you will receive power when the Holy Spirit comes on you; and you will be my witnesses in Jerusalem, and in all Judea and Samaria, and to the ends of the earth.” In this context, Jerusalem is home, Judea is the local neighborhood, Samaria represents the foreigners next door or nearby, and the “ends of the earth” is just what it sounds like.  As disciples of Jesus Christ, our instructions have never been to focus only on the evangelization of our local neighborhood, but to reach out, in the name of Jesus, to everyone, everywhere.

There is yet another good reason to do the kind of things that we are doing.  In Acts 24:17, Paul testifies to Governor Felix that “After an absence of several years, I came to Jerusalem to bring my people gifts for the poor and to present offerings.”  While Paul had been planting churches in Asia, the people back “at home” in Jerusalem were enduring hard times.  And so, the mission churches took up offerings to help the people of Jerusalem as a way of caring for fellow brothers and sisters in Christ and as a way to “share in their suffering.”

Many of the people that we reach during our mission trips are fellow believers and by our gifts, and through our presence, we encourage them with the knowledge that God cares for them, that God cares about their hardship, that that they are not alone, and that someone cares enough to “share in their suffering.”

I know that there are sometimes other questions as well, such as, “Why don’t they help themselves, and, “Why don’t they leave and go someplace better?”  And the simple answer is that they can’t.  Mobility is a luxury that comes with a higher standard of living.  When things go bad in our American cities, the middle class can leave and buy homes in the suburbs, but the poor are stuck because they can’t afford to move, let alone look for work out of town, or out of state.  In much the same way, the people in the hills of Kentucky were once much better off.  When coal was king, it was easy to get a well-paying job, but when the coal ran out and the mines closed, it became difficult to make enough money just to live, let alone leave.  Many of their children go to school and leave, but that option is nearly impossible for many.

Similarly, the nation of Liberia is still pulling itself out of decades of civil war.  The war there lasted for so long that nearly everything we take for granted was destroyed.  After the war, roads were barely passable, there was no running water, no electricity, no telephones and even mail was not likely to get through.  Nearly every permanent building had been destroyed.  You may have heard the phrase, “bombed into the stone age.”  The civil war in Liberia quite literally reduced the people to living like the people of the stone-age, or the people of the Old Testament.  Farming had to be done entirely by hand.  Schools were closed for so long that the most well educated person in the village might have only a fourth grade education, and so they become the school teacher.  Less than a dozen doctors, in the entire nation of Liberia, have been to medical school.  There were no machines of any kind. No one had a job of any sort except to find a way to stay alive.

This is why our church has build hospitals and schools in Liberia.  And this is why our Farmer to Farmer mission began restoring tractors that we would consider to be “too small to be useful,” or even “antiques.”  Volunteers for Farmer to Farmer rebuilt and restored these old tractors and shipped them to Liberia where the church uses them to plant a field to help feed the people of the congregation and earn a small income.  We have also built a sewing center and shipped over several old treadle sewing machines (remember there is no electricity) so that local women can also make crafts and earn a little money for their families.

By doing these (and other) things, both in Kentucky and in Liberia, we are able to stand with our brothers and sisters in Christ and do things for them that they could never do for themselves.  By doing these things we also encourage them, and help them to witness to the people around them about the good news of Jesus Christ.

But most importantly, by doing these things we are answering the call of Jesus Christ to “be my witnesses in Jerusalem, and in all Judea and Samaria, and to the ends of the earth.”

That is why we leave home.
Posted by John Partridge at 11:06 AM