Who Makes It Run? 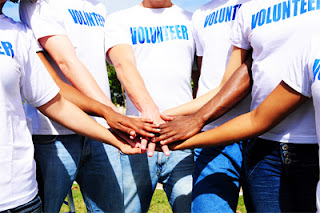 Last month I explained why I am so excited about what is going on here at Trinity.  But all of the things that happen here don’t just happen by themselves.  If you looked in the newsletter for the last couple of months you saw a two page list of people who will lead us during 2016.  Seriously, just the list of leaders is two pages long.  On top of that is an entire army of people who do things weekly, monthly, or when asked, who never get their names in the bulletins, or stand up front, or get applause, but all the same, Trinity Church couldn’t do what we do without them.

Think about it.  On that leadership list are normal things like church committees.  But each committee has another whole list of people that are behind them.  Things like the Mission Team, Hospitality Team, and Children’s Education department only list one name on the leadership roster but each of them have another list of people that they can call on to do teach Sunday school classes or whatever else needs done.  After that, there are other groups and organizations within the church that don’t even get on the leadership roster at all.  Every week, four or five adults show up so serve and to supervise our youth. Every summer, a small army of folks volunteer to help Melissa Thompson and Jill Haglock for an entire week to lead an amazing Vacation Bible School, and on top of those volunteers, another group of folks are baking cookies or donating food so the kids can have snacks.

Every fall, Trinity hosts athletic teams from Perry High School and serves them dinner.  Some of those groups are smaller, but others bring well over a hundred student athletes, coaches, and parents.  To pull that off, Beth and Brett Huntsman lead a dozen or more volunteers who turn up to chop celery, serve food, wash dishes or help in some other way.  Likewise, whenever we have a Fifth Sunday Celebration or covered dish dinner, volunteers just seem to appear to get it all done.  And the same thing is true of the weekly Friday Fellowship of Athletes breakfast.  Brenda Lyon might be the person that sends me the menu every month, but there is a whole list of folks who pull themselves out of bed long before the sun rises to make sure that breakfast is ready by six thirty in the morning.

And don’t even get me started about the folks at Perry Helping Perry.  Again, on distribution day you can probably expect to see Beth, Bret, Melissa, and Rindy Stutzman, but you will also see a whole pile of other folks, some from Trinity and others who are not.  But I want to give you a little more perspective on how deep their “bench” goes.  When they need more help, and I mean a LOT of help, for things like the big Thanksgiving distribution which included coats, hats, scarves, vouchers, extra food, and other things, I counted thirty-five volunteers in a single afternoon.  There were people everywhere and and there was an entire Girl Scout troop sorting food donations in the basement fellowship hall.

And after all that, I’m still leaving out whole swaths of folks like the choir, the praise team, Cub Scouts, Girl Scouts, UMW, Trinity Men, the quilters and sewing group, and a bunch of others.  And on top of THAT, there are all the people who do things that hardly anyone notices like cooking and bringing food to youth group, baking cookies for the prison ministry, bringing food to covered dish dinners, crocheting prayer shawls, putting money in the offering plate that supports many of these ministries, and I’m STILL leaving out too many people.

What I’m saying is this: Trinity Church can only do what we do because a literal army of people stand behind the few of us who stand up front or get our names in the newsletter.  We are doing a lot of things and as a church we are making a difference.

But we couldn’t do ANY of it without ALL of you.

And so, before another year passes without recognizing your efforts and contributions, I want to say…

I hope that you will all hang in there with us as we try to make this year even better than the last.


Pastor John
Posted by John Partridge at 11:22 AM