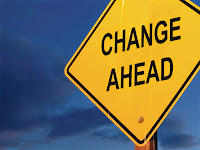 If you haven’t heard already, our Trinity family will soon be passing through another transition.  I learned today that our wonderful secretary, Courtney Grisez, will be leaving us before the month is over.  Before she started here at Trinity two and a half years ago, Courtney was working full-time at Stark State and also running her own, part-time, side business.  At that time, she was looking forward to working a little less than she had at Stark State and using that time for her business.

Since then, Courtney and her husband, Darren, unexpectedly adopted a third child who dramatically changed their family schedules.  As a part of that change, Courtney asked if she could work less hours if she was still able to get her work done here in the office.  The Staff Parish Relations (SPR) committee and I agreed that this was a better solution than looking for another secretary and so we reduced our official office hours to three days each week instead of five.

That has worked for the last year or so.

But it doesn’t work anymore.

Courtney has a problem.  Her side business, that was fairly small three years ago, now demands so much of her time that she often gets home from work well after her kids are all in bed.  Being so busy that you need to hire more people is a good problem to have, but something has to give.  I have often said that family has to come first.  I once lost a job, in part, because I refused to give up time at home for my kids.  I get it.  Courtney has reached a place where she has to give up one of her jobs if she wants to spend time at home with her kids.

Almost all of us would have made the same call.

And so, in the weeks ahead, Beth Huntsman and the rest of the SPR committee will be looking for a new church secretary and we will, once again, begin that time of transition as we look for, hire and train someone new.  It is a change for all of us but don’t forget that whomever sits in that chair will have to learn a new job along with several hundred new faces and names.  It is a daunting task.  Almost three years after becoming your pastor I still sometimes struggle to remember names.  In the days ahead I hope that you will be patient with the SPR committee as they search for a new secretary, with all of us who work with her (or him) every day, and with our new secretary as they try to learn so many things at once.

Please join me in thanking Courtney for two and a half years of hard work, smiles, laughs, and all the other things (noticed and unnoticed) that she has contributed to running things around here.

Posted by John Partridge at 9:45 AM